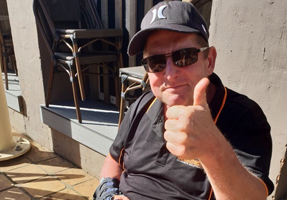 New Haven Farm Home believes that everyone, regardless of their abilities, support needs, gender, race, ethnicity, religion or nationality, have the right to safety, inclusion and opportunities that will enable them to enhance, fulfil and demonstrate a valued role in their community. This is something that we are very passionate about as we advocate for social inclusion, respect and dignity for all people living with a disability.

The Interim Report identifies and explores in detail a number of emerging themes as particularly pertinent throughout the inquiry. These are

A series of key issues were also raised, explored and presented in the interim report. Each of these key issues have presented the Royal Commission with a list of areas they will investigate and address in order to implement improvements. Just some of the key issues discussed are listed below with a top-line summary, however, we encourage you to refer to either the full report or the 80 page summary on the Royal Commissions website.

The Commission heard of education and learning disadvantages being placed on students with a disability as well as physical, verbal and emotional violence and abuse in educational settings, including restrictive practices and pressure to medicate children to address behaviour.

The Commission heard a range of different perspectives about the best way to structure Australia’s education system, from segregated settings to inclusive education. Some advocated that segregated settings enable specialist support and adapted curricula, whilst others asserted that segregation results in higher rates of violence, abuse and neglect, both within these settings and later in life. Some organisations and academics described these settings as based on seeing disability as a deficit, which perpetuates the exclusion of people with disability throughout their education and work lives. The stories in the report clearly illustrate how foundational these earlier educational experiences are in building enduring positive relationships and inclusive communities.

The Commission explored the importance of dignity and choice for people living with a disability. This is of particular interest and encouragement of New Haven Farm Home as we are strongly committed to person centred support meaning each individual is supported and encouraged in their life goals, aspirations and aims with choice and respect as both adults and decision makers.

The Interim Report investigates the links between people described being deprived of choice in shared supported accommodation, leading to a loss of control and autonomy and exclusion from social, economic and cultural life. The Royal Commission heard evidence that this lack of choice can also lead to residents in supported accommodation being unfortunately exposed to violence, abuse, neglect and exploitation.

It was reported that people with disability often experience poorer health than people without disability and face significant barriers to accessing health care.

People shared their experiences of abuse that occurs, including involuntary treatment and diagnostic overshadowing. People spoke about health staff not listening to patients with disability or talking about them rather than to them. The Commission also heard of the increased difficulties experienced by people with disability in accessing health care during the COVID-19 pandemic. The Royal Commission acknowledged that whilst the quality of health care provided varies, the evidence suggests there continues to be systemic neglect of people with cognitive disability in the Australian health system and will further investigate and advocate for better care and fairness for people living with a disability in regards to health care.

The Royal Commission report finds people with disability experience higher rates of domestic and family violence than people without disability. This has been amplified during the COVID-19 pandemic, where people were more isolated and less able to report and escape domestic and family violence. The Royal Commission heard stories about children who were removed from parents with disability and adults with disability who were removed from their families when they were children. Experiences were shared by First Nations families in the context of child removal practices. These experiences are, in part, responsible for the widespread mistrust of mainstream systems by First Nations families, resulting in families being less likely to access mainstream supports and services.

People with disability continue to face attitudinal, institutional, environmental and communicative barriers to community participation. People are excluded through the inaccessibility of buildings, public and private spaces and inaccessible information. The Royal Commission heard how access to information was unreliable and confusing during the COVID-19 pandemic and that many people with disability felt overlooked or left behind during the crisis. Some people with cognitive disability spoke of feeling unsafe in public spaces, such as when using public transport or negotiating hazards in public areas. The report highlights that inaccessibility takes many forms far beyond the understanding of the mainstream community.

People with disability experience high levels of socioeconomic disadvantage and are more likely to experience poverty, financial hardship and unemployment, with lower incomes and higher costs associated with living with disability. The Commission heard of experiences of physical, verbal and sexual abuse in the workplace. In some instances, when these issues were raised, they were ignored or not addressed.

What the Commission has heard so far includes acknowledgement of some improvements under the NDIS, but also increased frustration that many of the intended benefits are yet to be realised. Some speakers told the Commission about the positive impacts that the NDIS had had on their lives; however, many more indicated that their experiences of the NDIS did not meet their expectations, both in its design and implementation. Some people felt that choice and control have been undone by how the NDIA acts as a ‘gatekeeper’ to how people with disability live their lives and how some providers unfortunately now see people with disability as a ‘commodity’.

The Royal Commission heard that people with disability are overrepresented in the criminal justice system and face a range of barriers to accessing support to protect their rights and interests. Experiences were shared of people being disbelieved when they made a report, being treated as the offender rather than the complainant and being approached by police or formally questioned inappropriately. People with cognitive or psychosocial disability are at higher risk of moving in and out of the justice system. This is often through repeated short-term prison sentences, as well as being subject to indefinite detention orders, meaning they can be held for a longer period than if they had been convicted. Further concerns were raised about the use of restrictive practices on people with cognitive disability, including the use of solitary confinement.

I realise that this has been quite a lengthy article, however, I am sure you share our appreciation of such in depth investigations being made by the Royal Commission to ensure across the board people living with a disability are treated with the same respect, dignity and appreciation as all members of our society in all aspects of their lives.